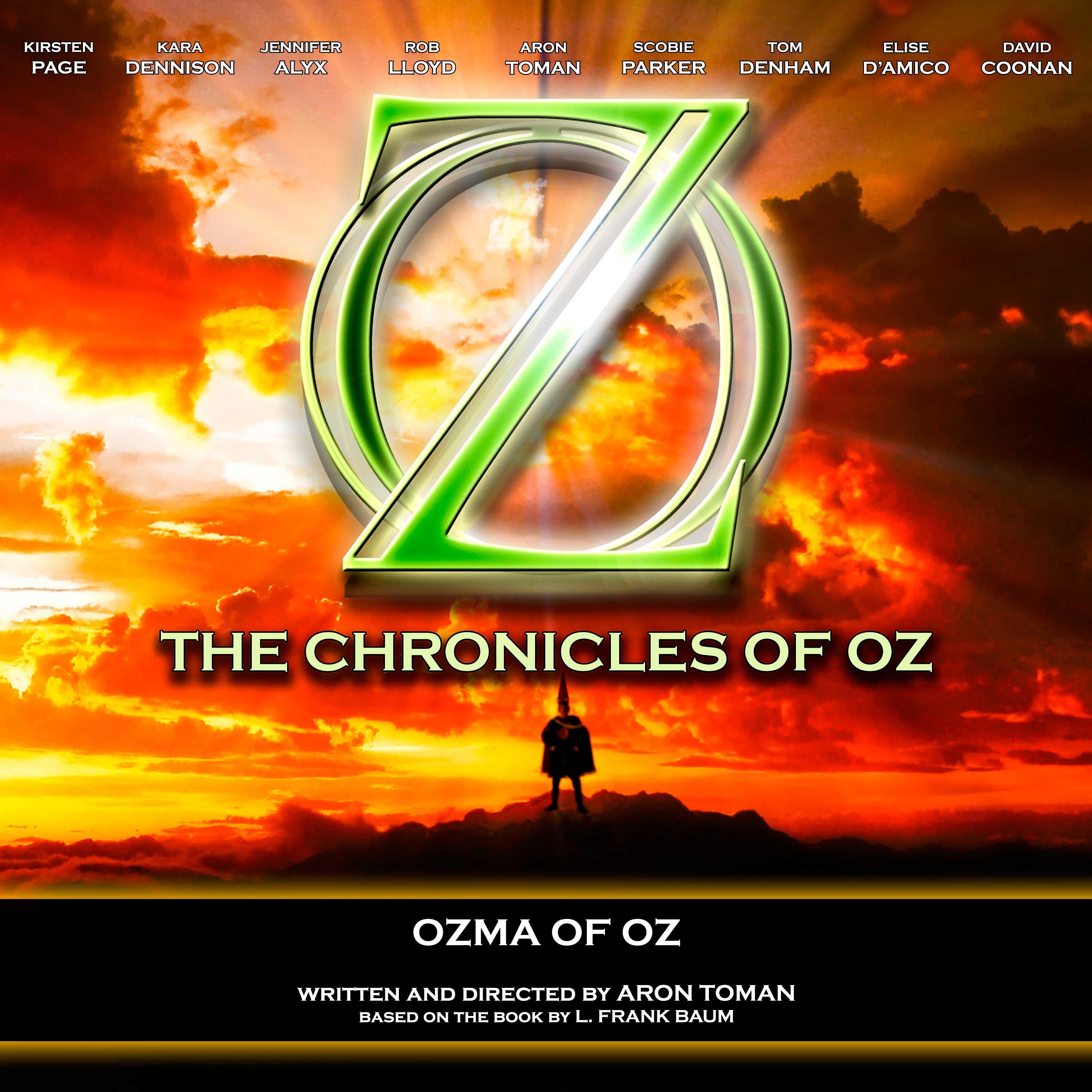 According to Wizard of Oz lore, Princess Ozma’s official birthday is August 21. So it feels appropriate that today, of all days, we celebrate Ozma’s special day by revealing the cover art and credits for Season 3 of The Chronicles of Oz. Appropriately called Ozma of Oz.

Aron Toman has adapted L Frank Baum’s 1907 book into a full cast audio drama. Kirsten Page returns as Ozma herself, leading the cast, with return appearances from Aron Toman as the Scarecrow, Scobie Parker as the Tin Woodman and Tom Denham as the Lion. And of course, this season has the long awaited return of Kara Dennison as Dorothy Gale, who has found things have moved along in Oz since the Silver Slippers took her home.

With any new season comes new characters, and this is no exception. Rob Lloyd, who usually plays the Wizard of Oz, plays the key role of Tik-Tok, the mechanical man (geddit! Key role! Oh suit yourselves). Jennifer Alyx (previously playing Locasta, Good Witch of the North) plays Billina, the yellow chicken who joins Dorothy on her return to Oz. And what is a fantasy adventure without a villain? David Coonan makes his audio drama debut in Season 3 as the terrifying Nome King, who is not going to make things easy for Ozma of Oz…

Other voices new to the series are Caitlin Yolland as Princess Langwidere (and all her alternative heads), Fiona Thraille and Sarah Golding (formerly hosts of the Audio Drama Production Podcast) as Queen Evella and Nanda respectively.

You can find the full cast list on the new Ozma of Oz page – well, we say the full cast. Let’s just say there may be a few surprises in store for listeners when the episodes come out. Which, all going to plan, will be November 2019.

Speaking of which, we have sound design to get back to. The Chronicles of Oz don’t create themselves!